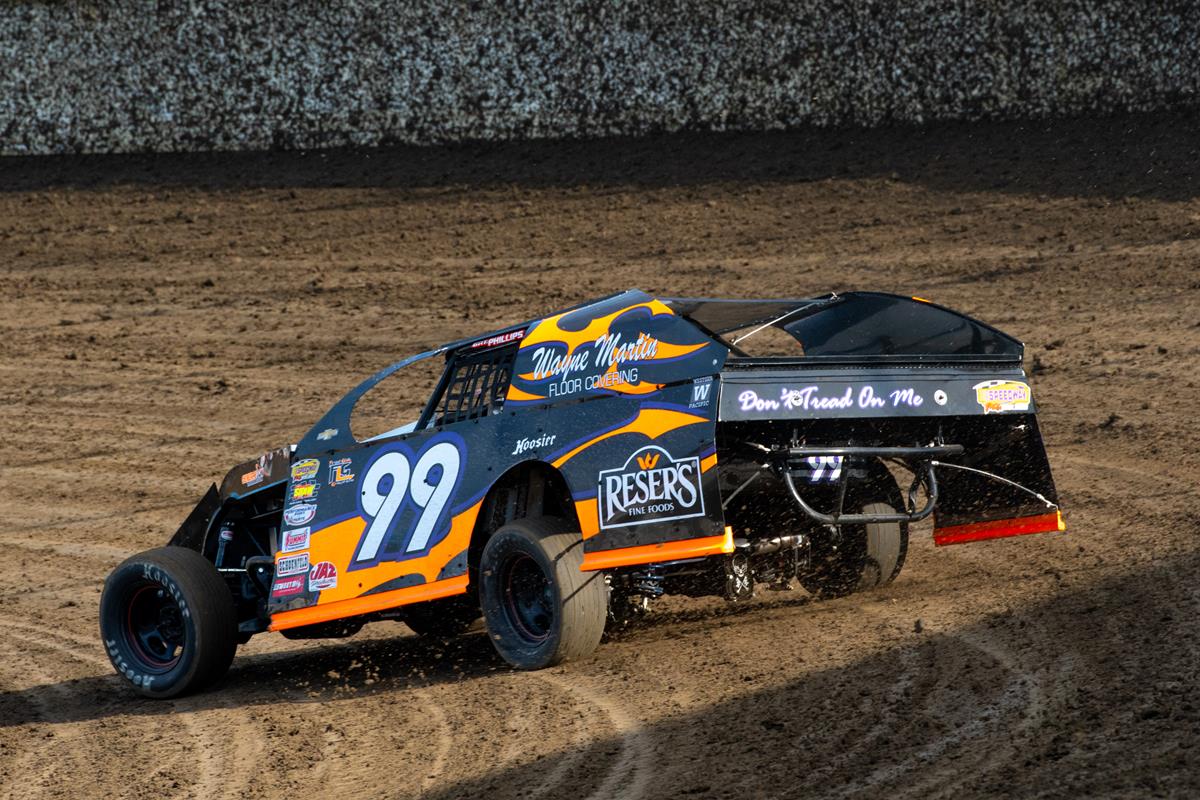 Lane Zerbin bolted to the early lead with the Washington Modified Tour but never got too far away from the field as he had the likes of BJ Wild, Kevin Smith and Jason Beaulieu nipping at his heels early and often. Beaulieu looked to have the fastest car, advancing from eighth to second before tangling with Smith on a lap 12 restart, sending both to the back of the field .When the main resumed, Wild and Jeremy Martin both made a play for the lead, with Martin coming out ahead after Zerbin jumped the cushion in turn two and flattened a tire in the process. With Martin now on point, Wild changed strategies, going for bold line changing moves rather than waiting for Martin to make a mistake. On lap 22, Wild made a sprint car style slide job try to work in turn three, but Martin executed a crossover to drive back underneath him at corner exit and held the lead. Wild tried again in turns one and two, but this time Martin kept his foot in the gas and railed the high side of the speedway to hold the lead while BJ spun out as he hit the cushion, doing a full 360 and keeping his car going. Martin looked to have lost his rhythm, as Lawrence O’Connor pulled even with him on the entrance of turn three, with Graham Cook and Jason Beaulieu (who had raced back forward from 18th on lap 12) hot behind him. Martin found his speed again, pulling away from O’Connor to reestablish his lead and score his first Washington Modified Tour and Skagit Speedway win. Cook would get second with Beaulieu passing O’Connor on the last lap for third. Wild, Zerbin, O’Connor and Martin won the heats.

The Oudman Motorsports #7o has been the car to beat, no matter the driver in the Cook Road Shell Sportsman Sprints. With Chase Goetz off on other commitments, Tyler Thompson, the Harrisburg, OR teenager, drew driving duties and scored the victory, inheriting the lead on lap 15 after race leader Justin Youngquist tangled with cars who were slowing on the back straightaway as Brett McGhie’s ride caught fire. Thompson was too strong on the ensuing restart, driving away from runner up Kelsey Carpenter and third place Michael Bollinger to take the win in his very first Skagit Speedway appearance. On the year, the Oudman Motorsports car has won all three main events and led 61 of the 75 A Main laps. Carpenter won the Cooks General Contracting Fast Time award. Heat wins went to Malachi Gemmer and Jayme Barnes.

Three different drivers led the Outlaw Tuner A Main, but it was Brian Michelson capturing the win after taking the lead on the sixth lap. Michelson held off a strong challenge from Jon Gunderson to take the win with Vance Hibbard rounding out the podium. Michelson and Kyle Hanson won the heats. 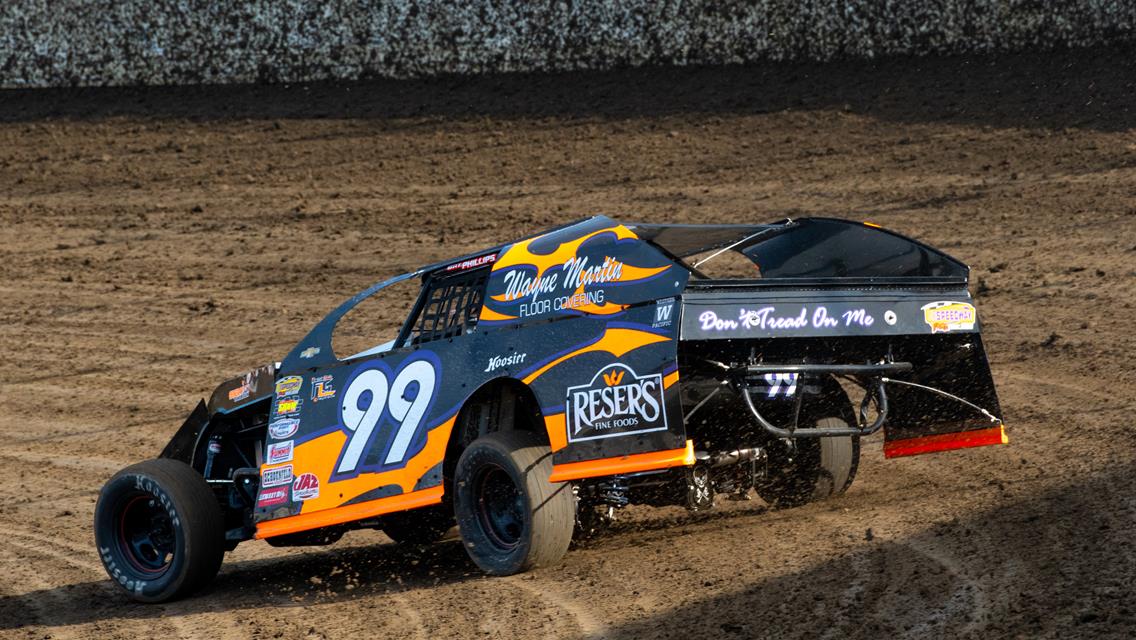 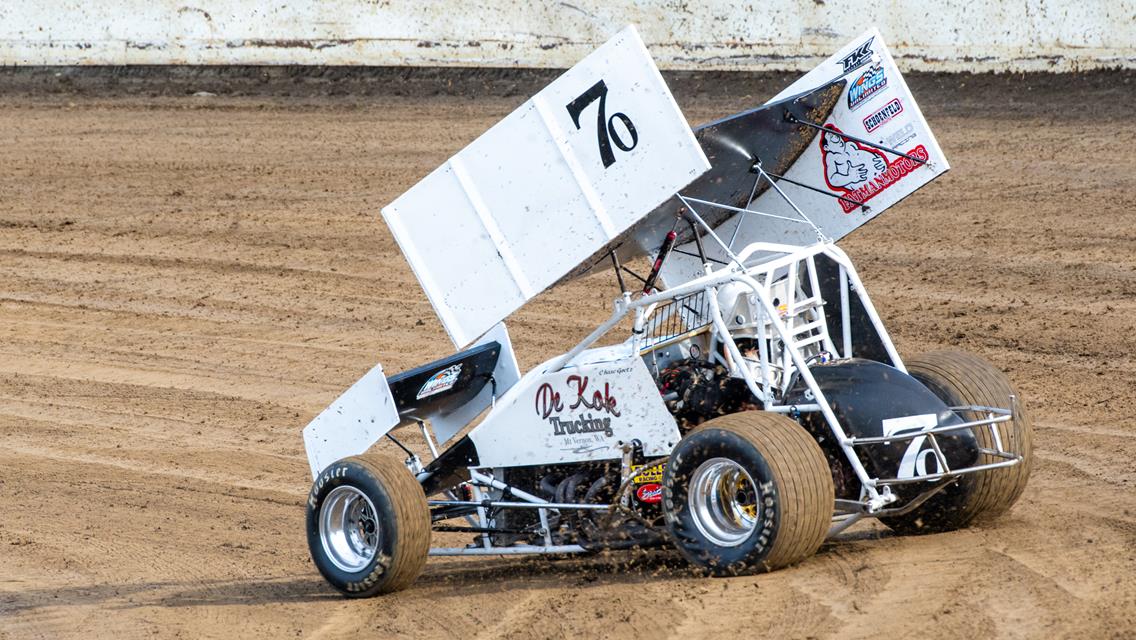 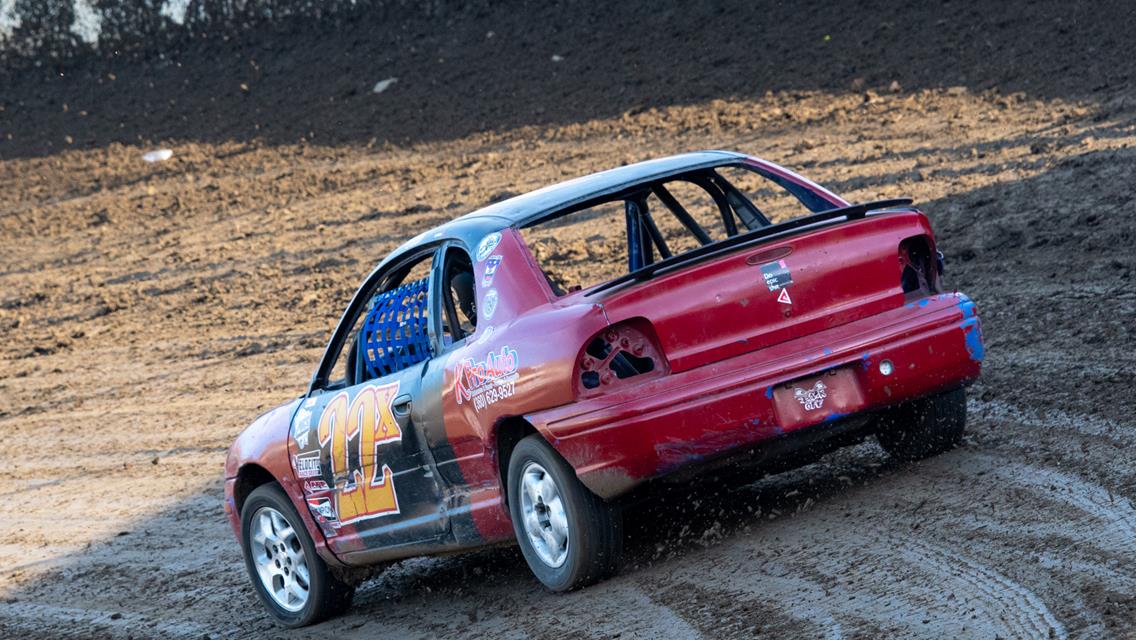