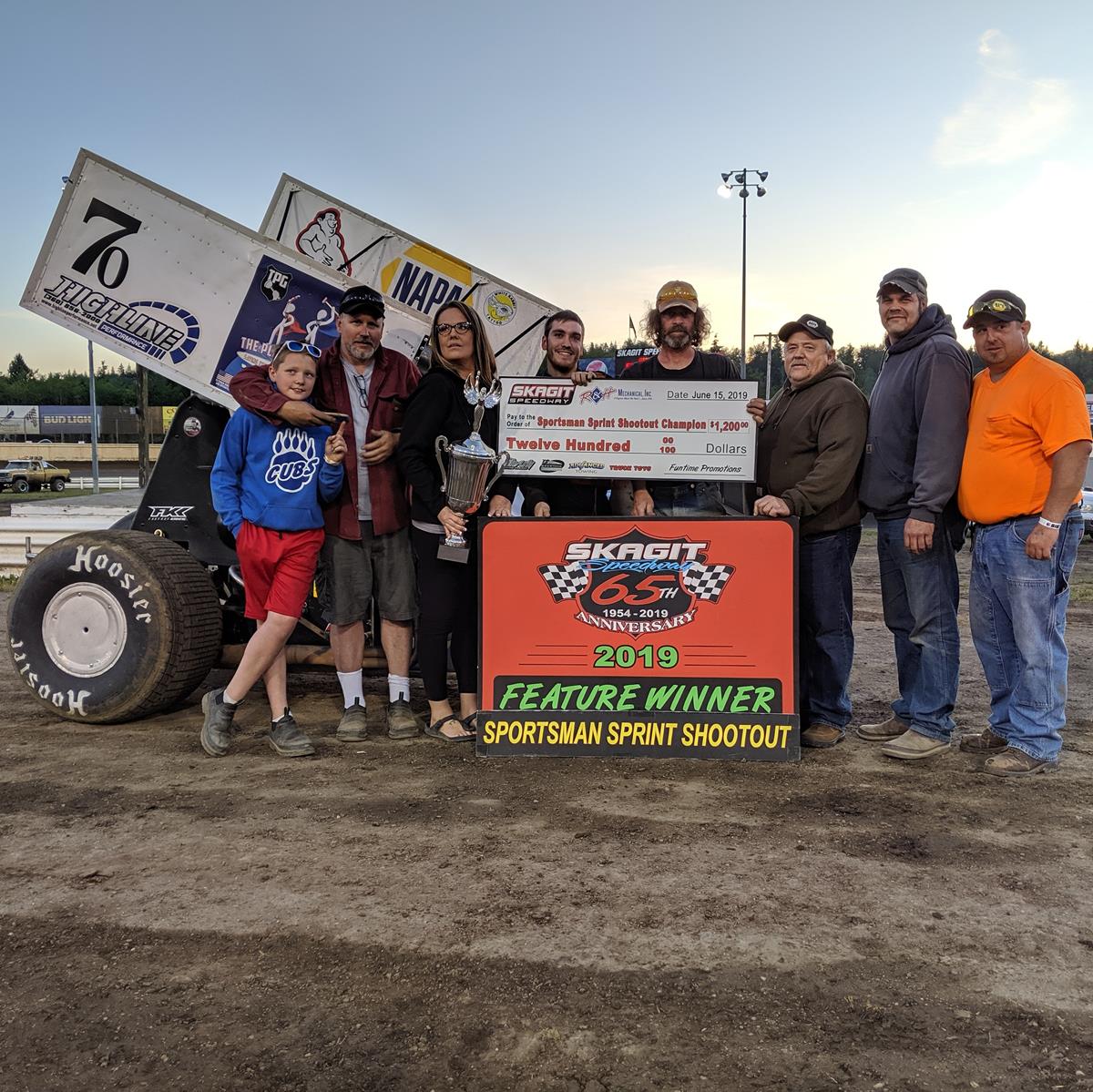 Alger, WA - Combing the Rolling Thunder Big Rigs and the R&H Mechanical Sportsman Sprint Shootout and you have a recipe for a good time. A huge crowd enjoyed great racing action, with Chase Goetz winning the Sportsman Shootout and Dave Barr taking the Big Rig win, as well as Adam Holtrop winning in the Outlaw Tuners.

Steve Parker set out to the early lead for the 30 lap, $1200 to win A Main in the Cook Road Shell Sportsman Sprints. Parker was holding a nice size lead as Chase Goetz worked past Jayme Barnes and into second place. Goetz was catching Parker only slightly as the pair raced toward the back of the field. A stoppage on lap 17 brought the field nose to tail for a restart, and on the restart, Goetz tried a slidejob in turns one and two that came up just short. Goetz would get a second shot at a restart, as a car spun out, bunching the field back up. Parker would alter his line, going low to block a possible slide, and Goetz countered by racing around the cushion to pull even with Parker exiting turn two. With Parker pinned low, Goetz pulled even with him as the pair crossed the line to complete lap 17, then edged into the lead from the high groove on the 18th lap. From there, Goetz gradually built an insurmountable lead, winning his third feature of the year on the super slicked off surface ahead of Parker and Jayme Barnes. Parker won the Dash, with Sean Johnson setting fast time. Bill Rude and Michael Bollinger won the heat races. Ashleigh Johnson was hard charger and Jesse Schlotfeldt collected the hard luck award.

Adam Holtrop has two wins on the year in two different divisions now, after having zero career wins coming into the season. Holtrop took the lead on lap 3 and was never challenged in the Outlaw Tuner 17 lap A Main. Vance Hibbard and Clint Meins rounded out the podium. Holtrop and Meins won the heats.