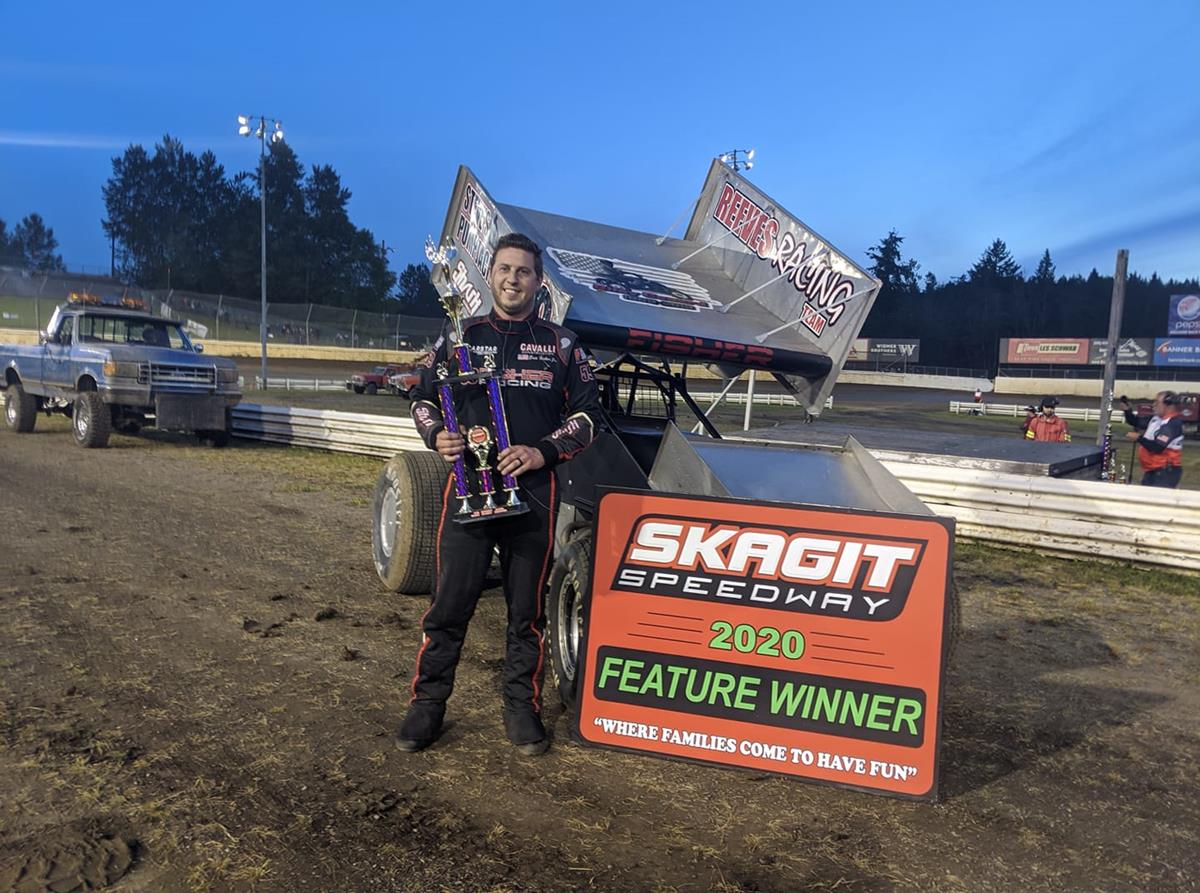 Alger, WA - The 66th season of racing at Skagit Speedway kicked off with the first Thursday Night Thunder pay per view event in track history. The fans watching at home were treated to an amazing race, watching Eric Fisher, Colton Heath and Cam Smith duke it out over the final ten laps before Fisher claimed the opening night victory by a margin of .061 seconds. Craig Moore and James Bundy were the Modified and Outlaw Tuner division winners respectively.

After four heats and a B Main, the 360 Sprints lined up for their 25 lap main with Fisher and Smith on the front row and Heath sitting inside of row two. From the drop of the green, the top three were engaged in mortal battle, as Fisher got away a bit, but Smith and Heath kept him close enough as the race entered slower traffic. Heath committed to the low side of the speedway and used it to pass Smith and pull even with Fisher, before Fisher disposed of the first lapped car around lap ten. Heath and Smith would clear the slower traffic and bring Fisher back to them as the three spent the latter stages of the race a car length or two away from each other, with Fisher holding up high in turns three and four, Heath trying to work low and Smith hunting for any open hole. In turns one and two, Fisher and Heath battled for a narrow patch of moisture low and Smith making up ground by pounding the cushion. At the white flag, Heath and Fisher were nearly even with Smith right there ready to strike. Heath looked to have a nose ahead entering three, and coming out of four, you could nearly throw a blanket over the top three as Fisher found just a hair more drive than Colton to take the final win.

The modified division main event was a thrilling affair up front as well. Jeff Jansma led the early stages of the race before veteran Craig Moore made his way to the front with a low groove pass in turn two. Adam Holtrop als made his way around, and stalked Moore for the final five laps, even bumping him hard enough to kick Moore sideways as the pair raced to the finish. Moore would hold strong for the win, with Holtrop and Jansma rounding out the podium.