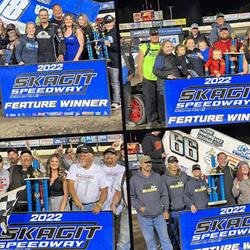 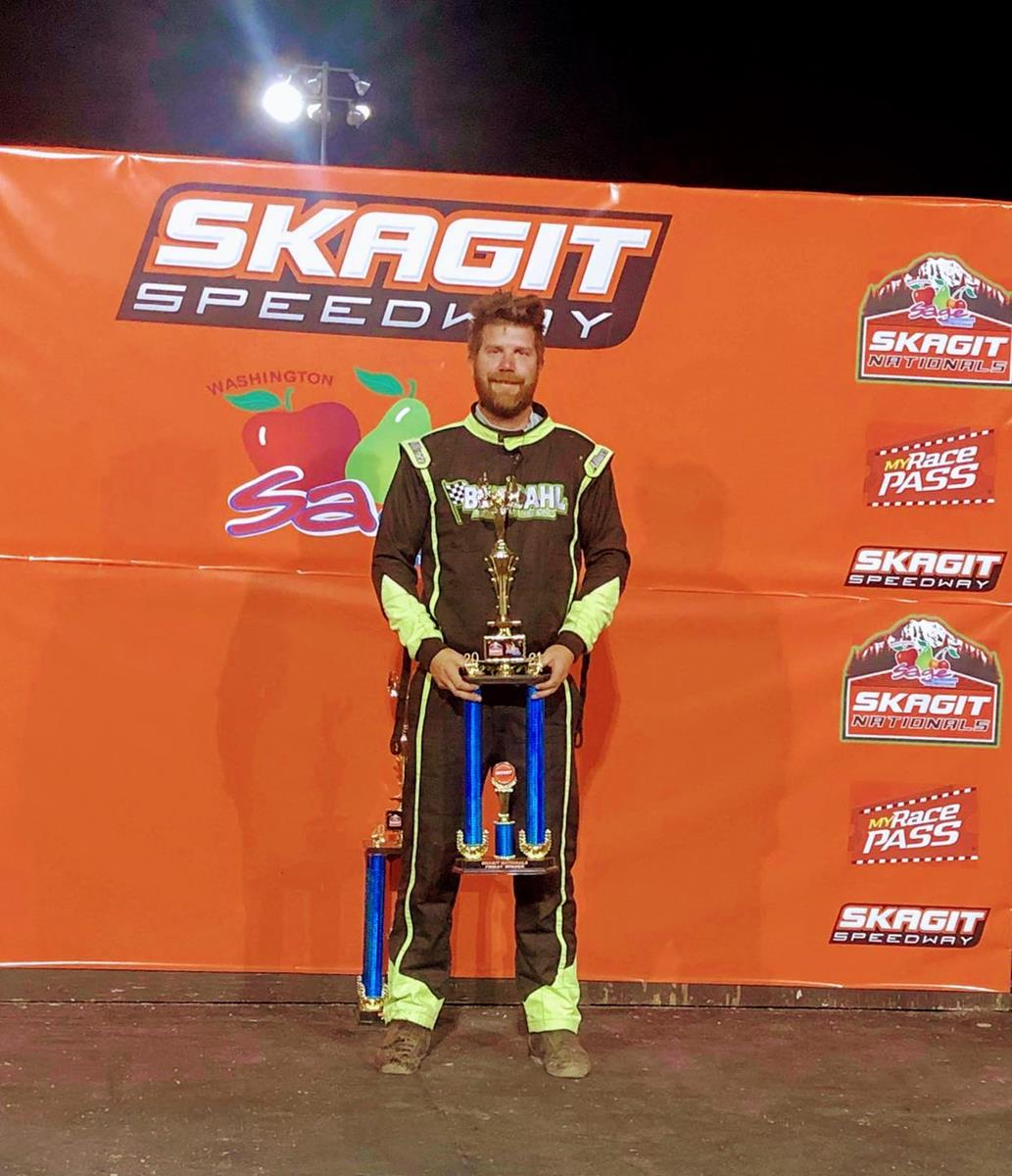 For the second straight night, Nick Evans was the class of the field in the NW Focus Midget Series A Main. Now a 16 time winner in 2021, Evans led all twenty five laps of the main event in scoring the win. The race for second was entertaining, as Kyle Hanson held off Colton Heath, Jared Peterson and Shane Smith for a number of laps before the three got by him. With Evans checked out, the three attempted to run him down before a late race caution ended Jared’s night. On the ensuing double file restart, Smith scooted around Heath to take second, which is how the pair would finish at the checkered flag behind Evans. Smith, Peterson, Levi Harless and Alex Peck won the heat races, with Chris Foster winning the B Main before advancing from 17th to 7th in the A Feature.

Night one of the Sage Fruit Skagit Nationals featured the NW Focus Midgets as the support division. The main event went wire to wire with no stoppages as Nick Evans raced to his 15th series win of 2021, with Jared Peterson and Shane Smith dicing and slicing through the field to finish second and third respectively. Heat race wins went to Michael Hodel, Smith, Travis Jacobson and Nik Larson. Kyle Hanson won the B Main.