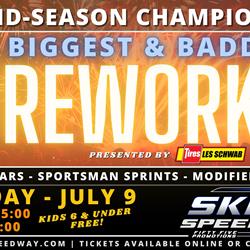 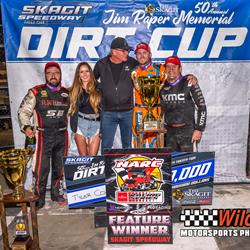 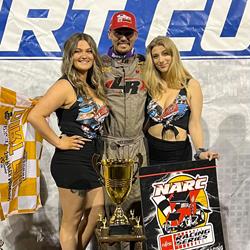 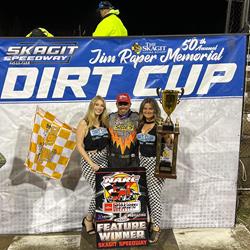 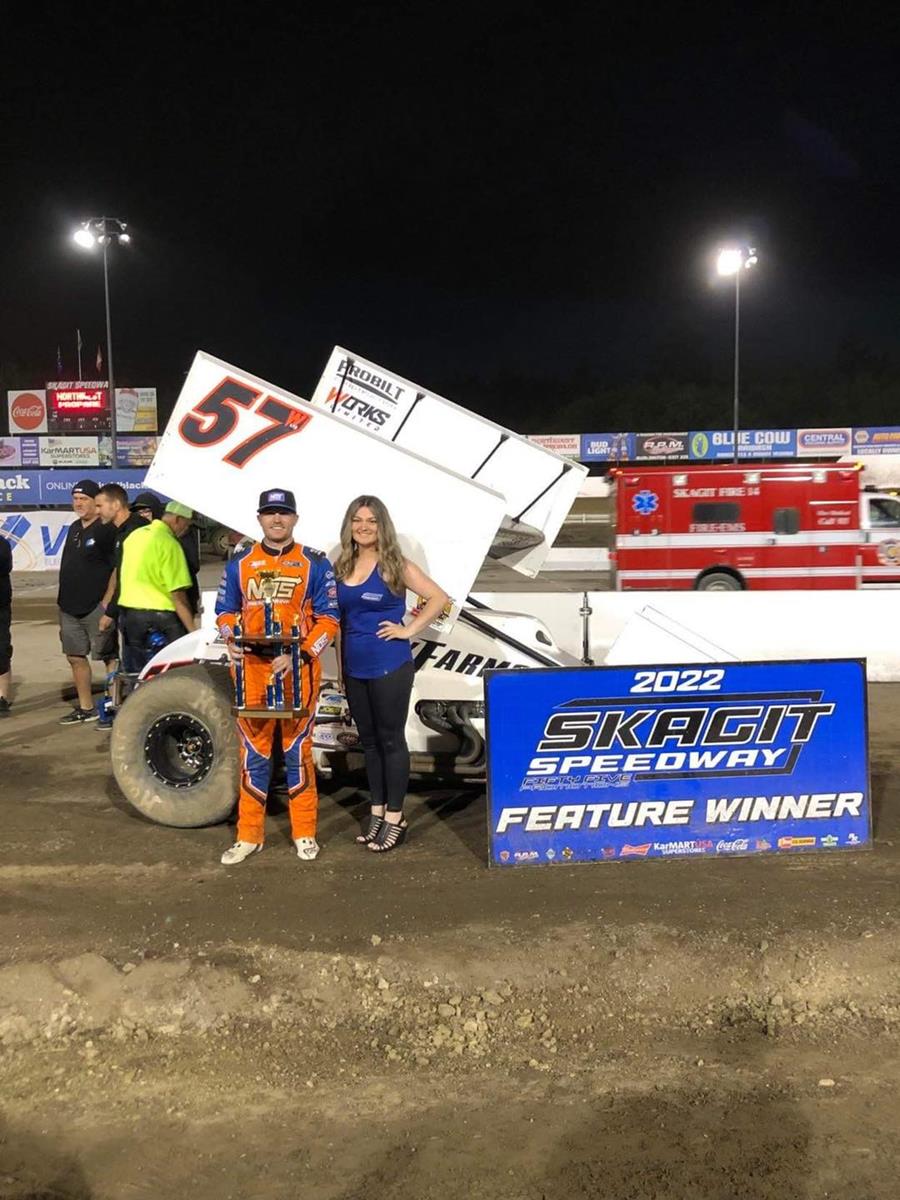 Alger, WA - The first stage of the Road to Dirt Cup is complete and Indianapolis, IN driver Tyler Courtney took home the victory in the Works Limited sprint car at the Dirt Cup Tune Up at Skagit Speedway. Courtney led all thirty laps of the main event for the win in his first Skagit Speedway appearance.

Courtney started on the pole of the 30 lap A Main with Corey Day to his outside. Tyler got the drop on the start and would pace the field, although a group of early cautions kept the race and the field from getting too spread out early. On the first extended green flag run that came after a lap five restart, Courtney finally dove into slower traffic, and that’s where Day applied his heaviest pressure. For 20+ laps, Courtney would zig and Day would Zag, and while Courtney officially led every lap, Day was ahead on the track numerous times thanks to a handful of slidejobs. Courtney had a beautiful counter move lined up each time and would hold the highly contested lead all the way through the end, finally escaping from Day with about three laps left to take the $4,000 top prize. Day took second in his first Skagit Speedway appearance, with Justin Sanders battling his way to a hard fought third. Sanders, Tanner Holmes, Day and Willie Croft won the heat races. Courtney won the dash and set quick time, with Bud Kaeding winning the B Main. 37 410 Sprint Cars signed in for competition.

In the Skagit Aggregates Modifieds, Rick Smith and Tyson Blood resumed their year long battle for division supremacy. Smith led a good chunk of the race before a lap 16 restart saw Blood drive around the outside of Smith for the lead. With Blood committed to the mid-upper groove, Smith found his rhythm on the low side of the speedway and retook the lead from Blood with three laps remaining to pick up his third win of the year, with Blood taking second and Craig Moore taking third. Blood and Zane Miner won heat races.

The 20 lap A Main saw Matt “Pacman” Somerville and Adam Holtrop battle it out big time at the end for the top prize. Holtrop, who led from lap three on, barely managed to hold off the hard charging Sommerville, who got door panel to door panel with him on the final lap but couldn’t make the pass stick, giving the win to Adam. Colin Sims rounded out the podium. Heat winners were Zach Dalrymple and Howard Vos.