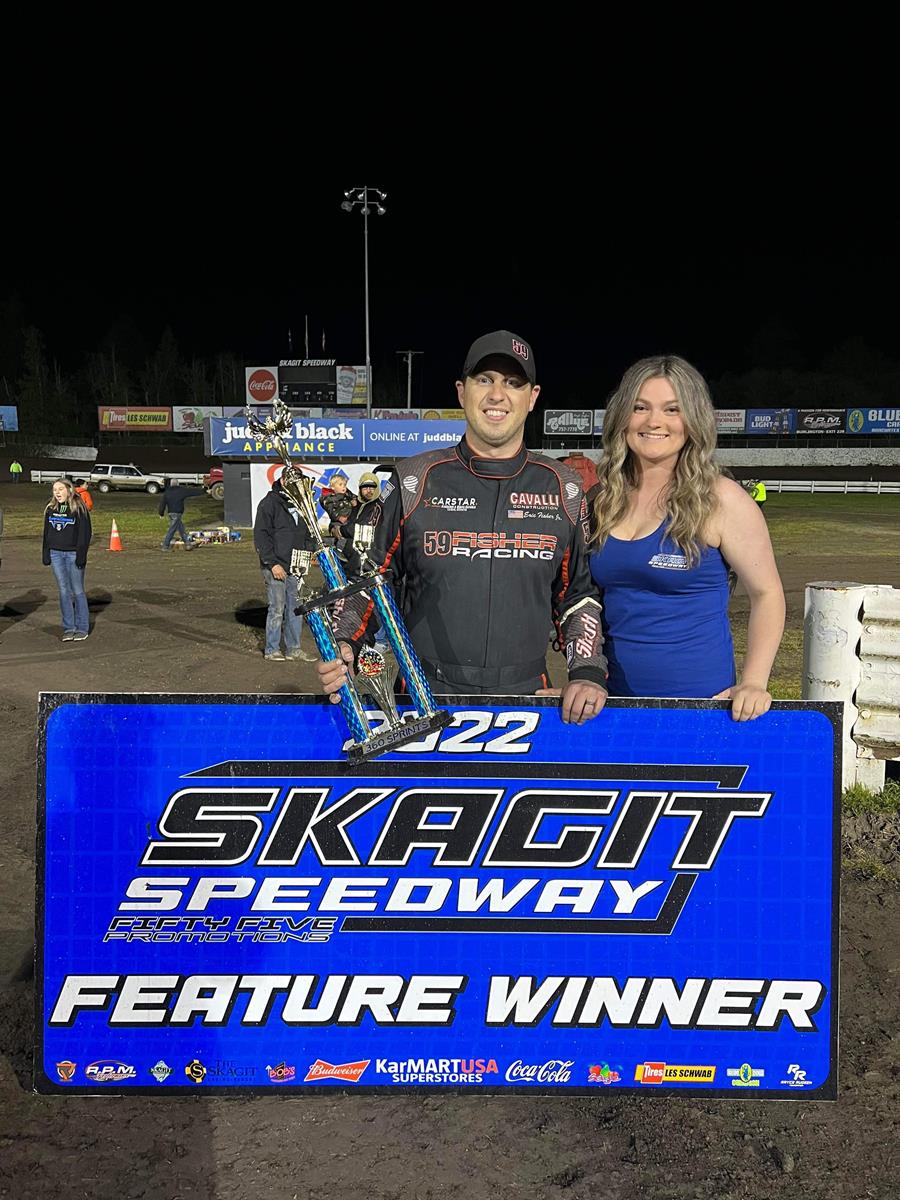 Alger, WA - For the longest while, it appeared that Mother Nature would win the main events at the John Carroll Classic presented by IRI & The Follman Agency. With dogged determination, the 55 Promotions crew dug hard to get all scheduled main event laps in, and as the night came to its close, every scheduled lap of every main event was run. Eric Fisher, Evan Margeson, Tyson Blood and Adam Holtrop came away with the John Carroll Classic feature wins.

Due to the weather problems, the Budweiser 360 Sprints ran first on the program and lined up their feature by the pill draw from the back gate. Eric Fisher would go on to lead all 30 laps of the A Main from the pole, taking home the $2,500 top prize in the process. Runner up Trey Starks closed multiple times amidst the slower traffic in the field, but never enough to get by Fisher. Greg Hamilton logged his second consecutive third place finish on the year.

In the Sportsman Sprint class, Evan Margeson was the first driver to really find the upper groove of the track surface and used it to reel in and pass Steve Parker on the 14th lap en route to his first win of the year. Cory Swatzina made strong moves to end up with a second place finish and Malachi Gemmer ran a solid third. Time trials were completed for the Sportsman Sprints before weather worsened, and Bill Rude set quick time in qualifying.

The Skagit Aggregates Modifieds lined up in their IMCA points order for the main event, and it was Tyson Blood picking up his first Skagit Speedway win of the year. Blood climbed his way up into second by lap 14 when race leader Craig Moore ended up spun around at the tail end of the front stretch. Blood would inherit the lead and run the rest of the way unchallenged for the win. Rick Smith came out on top of a great battle with Ben Gunderson for second place.

Adam Holtrop was on cruise control in the Hornet 20 lap A Main, taking the lead on lap 3 and running away from the field to grab the victory. The race for second was good all night, with Roger Burt coming out on top of James Anderson.