Alger, WA - Night one of the 2022 Bob’s Burgers & Brew Summer Nationals at Skagit Speedway saw former track champion Colton Heath lead the final twenty nine laps of the main event for his first win at the track this year. Jayme Barnes was the Wingless Sprint Series winner and Adam Holtrop took the victory on night one of the Hornet Nationals.

Heath started on the outside of row number one with Lane Taylor on the pole, and it was Taylor around the bottom of the track leading the first lap. Heath found the fast line around the high groove to his liking and drove around Taylor in what ended up being the race winning pass on lap two. From there, only a yellow flag on lap eleven would slow Colton’s roll, as the next nineteen laps clipped off with Heath driving through heavy traffic and the field trying to run him down. Justin Sanders and Trey Starks were the two drivers on the move through the field, starting 14th and 16th respectively and with five laps left, the two had moved into second and third. With Heath slowed a little by a slower car, both drivers closed to the point where Sanders could throw a slidejob at Heath in the first two turns on the final lap. Heath saw the move and executed a crossover coming out of the turn, and the pair raced down the back straightaway. Rolling through the final turns side by side, Heath would outrace Sanders to the line by .032 to take the win. The second place finish for Sanders and third for Starks, combined with their heat race points and qualifying points from earlier in the night were enough to lock both drivers into the pole shuffle for Saturday’s program - joining them will be Jason Solwold and Tanner Holmes. Starks set quick time and won his heat. Other heat wins went to Ashlyn Rodriguez, Greg Hamilton and Brock Lemley.

The Herz Precision Products Wingless Sprint Series saw Jayme Barnes return to Skagit Speedway with a dominant win in the 25 lap A Main. After setting fast time in his dad’s car, Jayme led all 25 laps of the feature unchallenged. Rob Lindsey and Eric Turner had an engaging battle for the runner up spot, with Lindsey coming out on top. Turner won the heat race.

Night one of the annual Hornet Nationals saw a great battle up front in the 20 lap A Main. Brain Michelson was up to the task of holding the field at bay for the first 15 laps, but on lap 16, Adam Holtrop found enough space outside of him to take the top spot. Holtrop would go on to take the win, with Trent Gillespie making his first dirt experience a good one by running second. Colin SIms made a late race pass to take third. Sims also won a heat race, as did Jon Gunderson. 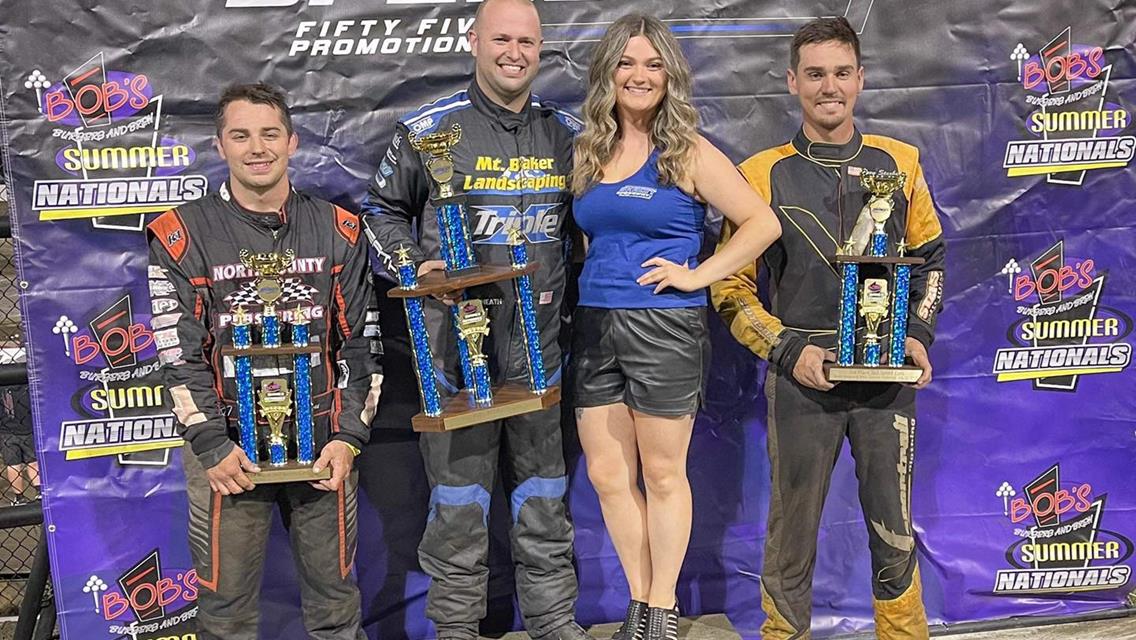