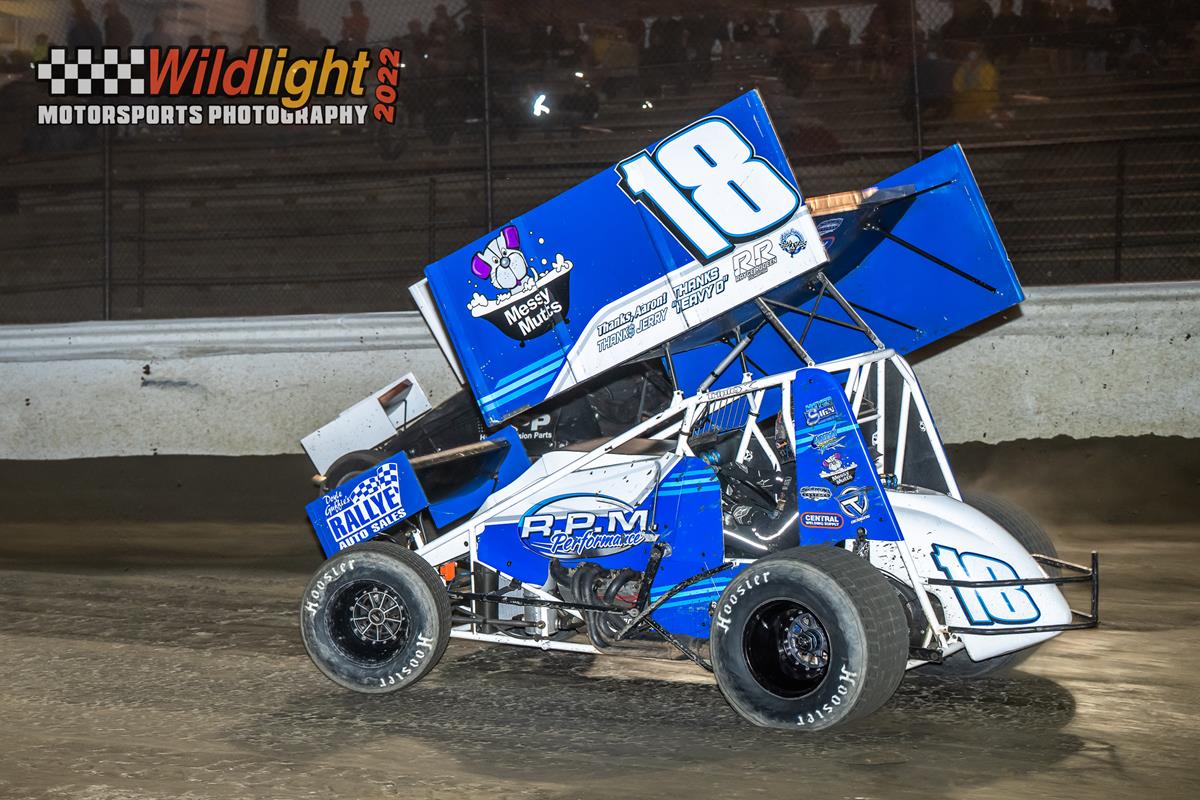 Alger, WA - On a cool night at Skagit Speedway, Jason Solwold’s performance was red hot as the veteran driver won the Budweiser 360 Sprints main event. Steve Vague, Rick Smith and Roger Burt joined him as winners on the night.

Solwold and multiple time feature winner Trey Starks started side by side on the front row of the 30 lap main event, and it was Jason taking the top spot from the get go. Starks would chase Solwold early until a mechanical malfunction sidelined him on lap six. On the ensuing restark, Jason took off and quickly worked his way into slower traffic. Lane Taylor passed Jesse Schlotfeldt for second and tried to roll in on Solwold in slower traffic, but the night belonged to the veteran, as Solwold would go wire to wire for the win. Taylor and Schlotfeldt rounded out the podium. Starks set quick time on the night. Solwold won the dash, with Chase Goetz and Taylor winning the heat races.

Veteran racer Steve Vague has been competing at Skagit Speedway for nearly two decades and on Saturday night, he drove to his first win at the 3/10 mile clay oval in the Sportsman Sprint division. Vague used a lap three restart to drive past Brett McGhie for the lead and held strong the rest of the way for the win. McGhie ran second with Cory Swatzina taking home third place. Vague was also fast time on the night. Swatzina was a heat race winner, as were Malachi Gemmer and James Bundy.

Mel Decker and Rick Smith put on a show out in front of the Skagit Aggregates Modifieds main event. Decker took over the race lead on a lap seven restart, driving under Alan Grimbly for the top spot with Smith following him through into position two. Smith then dogged Decker for twelve straight laps, looking both high and low before finally getting a nose underneath him in turn two of lap 19 and powering into the lead. From there, Smith would drive on to take his fifth win of the year, with Decker running second and Blair Shoemaker driving Mel’s second car into third place. Smith also won a heat race, as did Travis Ross.

Roger Burt held the lead wire to wire in the Hornet division to take his first win in the class. Behind him, Matt Sommerville drove from last up into second place, with David Dykstra taking his hornet truck up to a third place result. Adam Hotlrop and Howard Vos won the heats.